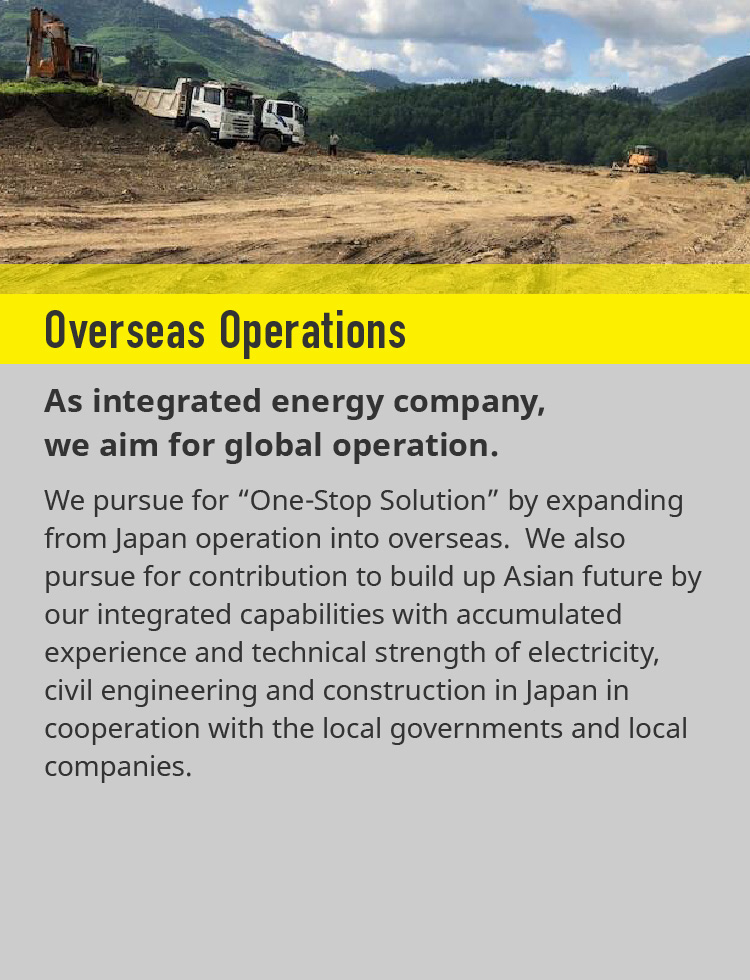 Daisun’s Efforts  Please click the maps. Our activities overseas can be seen. 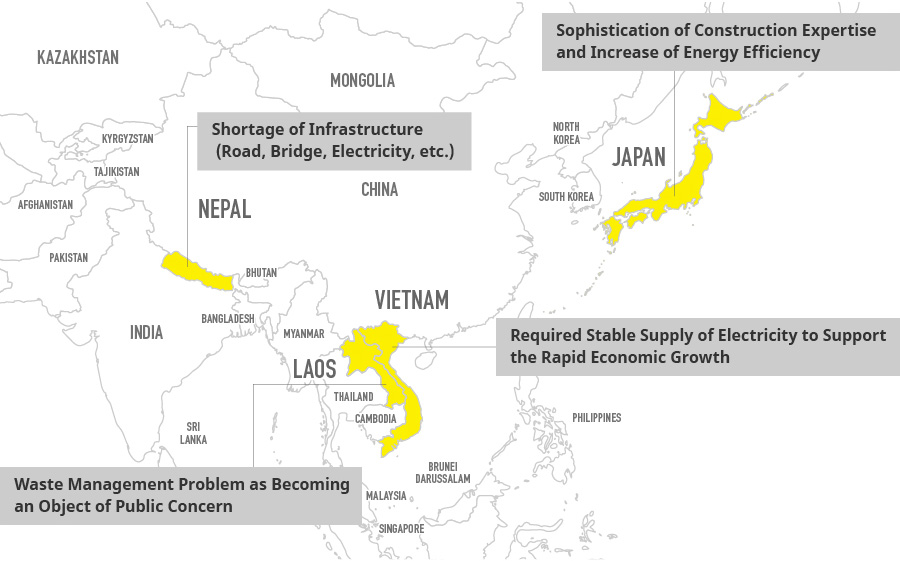 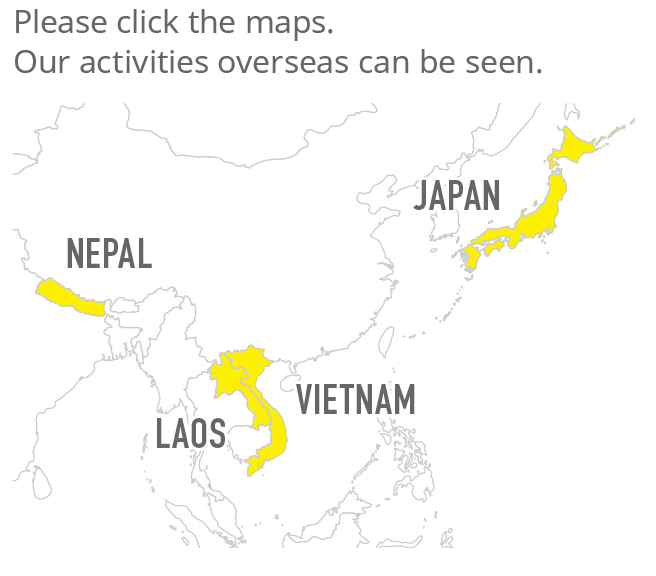 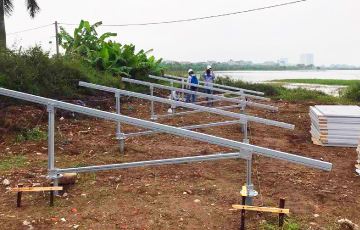 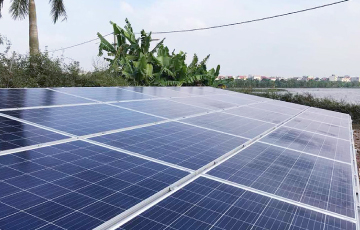 Vietnam with its S-shaped topography is located on the eastern Indochinese Peninsula. There are variety of beautiful nature, and especially Ha Long Bay, in northeast, the Imperial Citadel of Thang Long, My Son Sanctuary in Central Vietnam, and Hoi An which has remained historical townscape are all registered as world heritages. In 2016 the economic growth rate in Vietnam is 6.6%, the highest in the world, the second to India. Not only Japanese companies but also a number of countries and regions have invested in Vietnam in expectation of further growth. However not a few areas have unstable electricity supply. Infrastructure expansion, therefore, is the most ciritical awaiting solution for economic development.

What Daisun Contributes to Vietnam

Daisun proactivity invest in photovoltaic power generation plants development, solution of energy problem, and human resources development of Vietnamese by utilizing relationship with local companies. In 2018, our subsidiary was established in Ha Noi, Vietnam, and we have recruited all our employees locally in pursuit for community-based company. In addition to those investment and development, we are working hard to train Vietnamese craftsmen, who can work at Daisun in Japan after his or her completion of the training in Vietnam. This on-the-job training experience in Japan can certainly improve skill, technology, and expertise of those trainees. 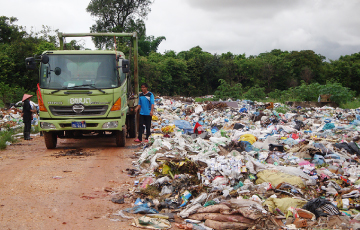 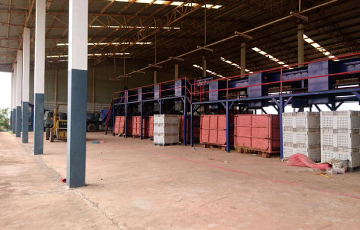 Total land area is 240,000 km2, approximately same as the area of the main island in Japan. 70% of area are mountain range and plateaus. Laos is a landlocked country, which is surrounded by China on the northern border, Vietnam on the eastern border, Cambodia and Thai on the southern, border, and Myanmar on the western border. Mekong River flows through the borders between Thai and Myanmar. Town of Luang Prabang in the northern Laos and cultural landscape of Vat Phou and associated ancient ruins in the Champasak Province were registered asand UNISECO World Heritage Site, and accordingly sightseeing industry in Laos has been rapidly developing since 2000. The Country started the economic reform called ”New Economy Mechanism”, and adopted and is promoting the market economy and the open economic policy in a wide range of fields. Laos, however, still heavily relies on aid and investment from overseas, and Laos also is facing such problems as undeveloped transportation infrastructure caused by mountainous landscape and forest destruction.

What Daisun Contribute to Laos

We pay attention to the garbage problem which is one of social problems recently. We introduced the garbage collecting trucks and incineration plants, which are currently operated in cooperation with the Government of Laos. In 2018, a local subsidiary was established, and Daisun will continue development and investment together with Government and local companies. 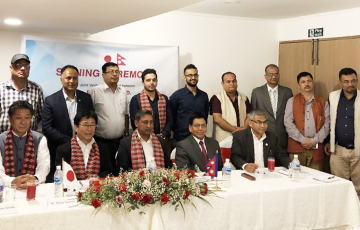 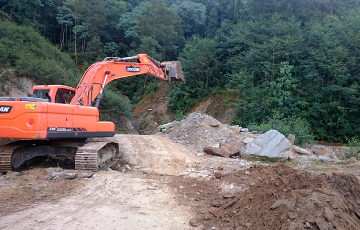 Nepal has slim topography in the southeast direction and is a landlocked country which is surrounded by India on three sides. On the northern border of Nepal are shared with Tibet Autonomous Region of China. Nepal has the old townscape and beautiful temples in Nepal as one of the World Heritage Sites, national park with rich in nature, and the entrance to climb to the Mt. Everest. It is said that the Nepal is a multiethnic and a multiracial country which exists on complex mixture and influence among races, religions and caste system culture. GDP is approximately US$24.3 billion (2016/2017), per capita GPS is about $848, and accordingly categorized as Least Less Developed Countries (LLDC). Two thirds of people who work in Nepal involved with agriculture. 70% of people who can use only $2 a day live in poverty. The sanitation of this Country is extremely bad. There are many issues such as lack of infrastructure and poverty. Nepal heavily relies on aids from international organizations and foreign governments for the its development support. Although the monarchy abolished in 2008, Nepal has maintained the friendly and long continued relationship with Japan including long established communication with Royal family and Japanese Imperial Family. Furthermore interaction between Nepal and Japan in the fields of politics, economy and technology has been certainly enhancing mutual understanding.

What Daisun Contribute to Nepal

We pay attention to necessary support for reinforcement of infrastructure, which is overwhelmingly lacking. Daisun is pursuing business expansion, which is snuggling up to real and immediate demand in Nepal by collaboration and co-investment with Sitaula Group, Nepalese influential conglomerate, as Daisun’s core strategy in Nepal as well as assist of Nepal- Japan Friendly Society where Sitaula Group also is committing by its key members.
As the first step in Nepal, Daisun has started business, including construction of a bridge, facilities of local police, water supply facilities, and road in Khotang District by execution of contract with Sitaula Group.
Daisun are going to pursue factory construction business of portable water of Mt. Everest by introduction of Nepal-Japan Friendly Society, 300km grid system, and design & consulting for tunnels construction by introduction of Sitaula Group.

Information of Nepal-Japan Friendly Society
Nepal-Japan Friendship Society, as non-profit organization, was established in November 2014 with the core aim to organize field trip of young farmers in Nepal to Japan in order to learn modern farming system of Japan, to promote tourism by introducing various heritages of the country. The organization is also going to launch the school which can support unemployed people, and to construction of bio-toilets in the different places of the country.